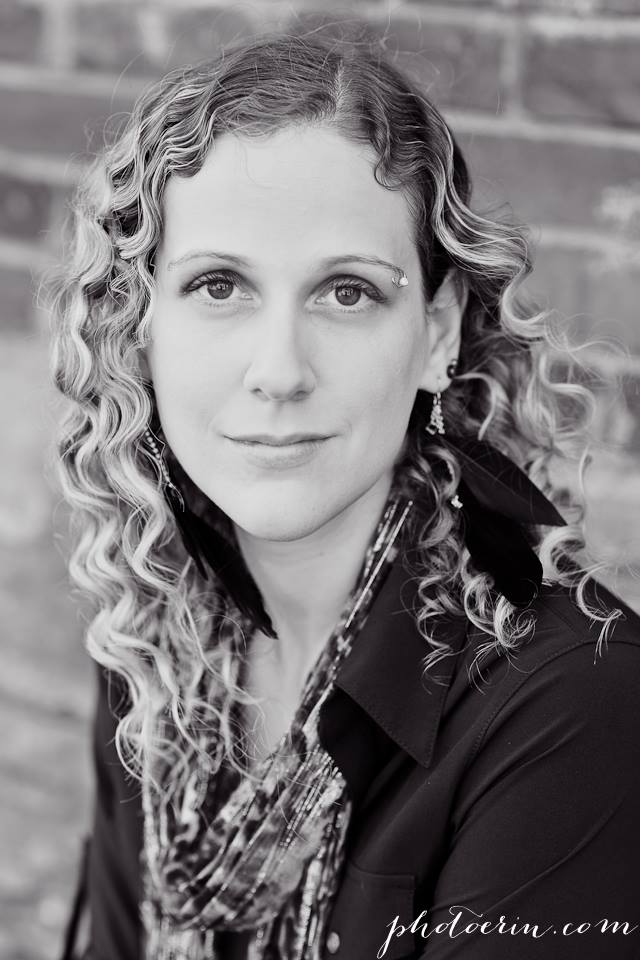 Dr Lindsay Lewis is one of these rare bridge individuals. She is also an example of how a willingness to learn and accept challenges outside of an initial career path can lead to unique opportunities. Dr Lewis combines her PhD in psychology and hands-on research in MRI studies with a passion for computer programming. She provides first-hand knowledge of the types of tools used by researchers, the desired functionality, and how researchers, particularly those with limited to no programming knowledge, are likely to interact with digitized tools.

Part 4 of our series on Women in Science @ the Ludmer Centre. From 11 February to 8 March 2018, meet the phenomenal women who lead our research.

As a Scientific Systems Developer in Dr Evans’ lab, the McGill Centre for Integrative Neuroscience (MCIN), she has become instrumental in advancing new tools and in validating their reliability and accuracy. Yet, her arrival in Dr Evans’ lab was happenstance.

Originally from Arizona, Dr Lewis came to Montreal after completing a PhD in Experimental Psychology at the University of California, San Diego to pursue a postdoctoral fellowship in the fMRI of visual deprivation at the McGill Vision Research lab. She fell in love with Montreal and, despite limited research opportunities in her chosen field, decided to stay. Open to new challenges, in 2011 she accepted a short-term contract with MCIN to manually correct defects in high-resolution scanned slices of an actual human brain. While she had experience in the standard usage of imaging tools at MRI-level resolutions, she had never worked with high-resolution or histological data. Moreover, she was overqualified for the job and there was little room to contribute intellectually. The work was tedious and had a demanding learning curve. She saw it a temporary stepping-stone to expand her versatility in imaging tools as well as her academic network at the Neuro.

However, the brain slices she was working on would eventually be digitally reconstructed to form the BigBrain Atlas, a Google-street-view-map equivalent of the human brain. In 2014, MIT Technology Review ranked BigBrain among the top 10 technological breakthroughs. Dr Lewis admits that, until that moment, she had not fully realize the extent of BigBrain’s broader impact. She felt immensely proud for the team’s core members, and fortunate to have been able to contribute to the final phase.

Looking back, she said, “At times, I felt like I was playing a strange video game or working on a Photoshop project, but I became more and more intrigued by the programming side and the BigBrain project, and wanted to learn more.” Supported by her colleagues, she learned to work with code in several more languages and eventually her role evolved toward analysis and validation of both BigBrain and structural MRI pipelines. She subsequently worked on modifications and validation of the BigBrain processing stages, as well as extending functionality of the BrainBrowser Surface Viewer web visualization software

Dr Lewis said, “As a researcher, I had only a basic understanding of the tools I used; their inner workings were essentially a magic ‘black box’. Many researchers go their entire careers asking fascinating research questions, using that black box, and publishing their findings based on its output – but never understanding it.” Conversely, her MCIN colleagues were programmers who understood the black box, but commonly lacked the user-side experience. Working at MCIN helped her to not only develop an understanding of the black box but established her as the bridge person connecting the user-developer experience and improving cross-talk between neuroimaging tools.

Today, Dr Lewis is proficient across a broad array of neuroimaging and data analysis tools, but primarily works with CIVET (developed at McGill), SurfStat, FreeSurfer, and the Human Connectome Project workbench. While many other developers are experts within a single pipeline, she has found a niche in developing new techniques for conversion and comparisons across pipelines and formats.

Establishing a ‘ground truth’ for MRI

A key component of her current work is validating the reliability and accuracy of software programs developed at the MCIN lab. “In simplistic terms, it is relatively easy to prove software reliability by running similar input data [for example, the same person’s MRI, but on separate days] through the program multiple times. The more similar the output is each time it is run, the higher the reliability. However, it’s possible to have software that is highly reliable but inaccurate — giving the same wrong answer, multiple times.” In MRI, accuracy is more complicated to assess, since it is in vivo (from a living person).  Verifying accuracy requires a standard, known as a ‘ground truth’, against which results can be measured. Identifying a way to measure a ground truth for MRI is not evident.

Dr Lewis is currently excited about how she was able to use the BigBrain to validate the accuracy of both the CIVET (developed at McGill) and FreeSurfer (used by thousands of researchers globally) for automated cortical reconstruction MRI pipelines. She said the most challenging part was finding a tool that would allow high-resolution, histological data from BigBrain to be imported into CIVET and FreeSurfer, which are designed for MRI input data. She was able to do this by resurrecting and reconfiguring an outdated MRI simulation program developed in Dr Evans’ lab in the 1990s to allow for high-resolution input. She said, “We now have a ‘ground truth’ against which the accuracy of CIVET, FreeSurfer and other analysis pipelines can be measured as new tools are advanced to process high-resolution data.” A paper is expected in the coming year.

As datasets grow in sheer number, type and complexity, user-friendly neuroinformatics tools to process these become indispensable. Bridge individuals such as Dr Lewis are vital to our ability to develop and validate these tools.