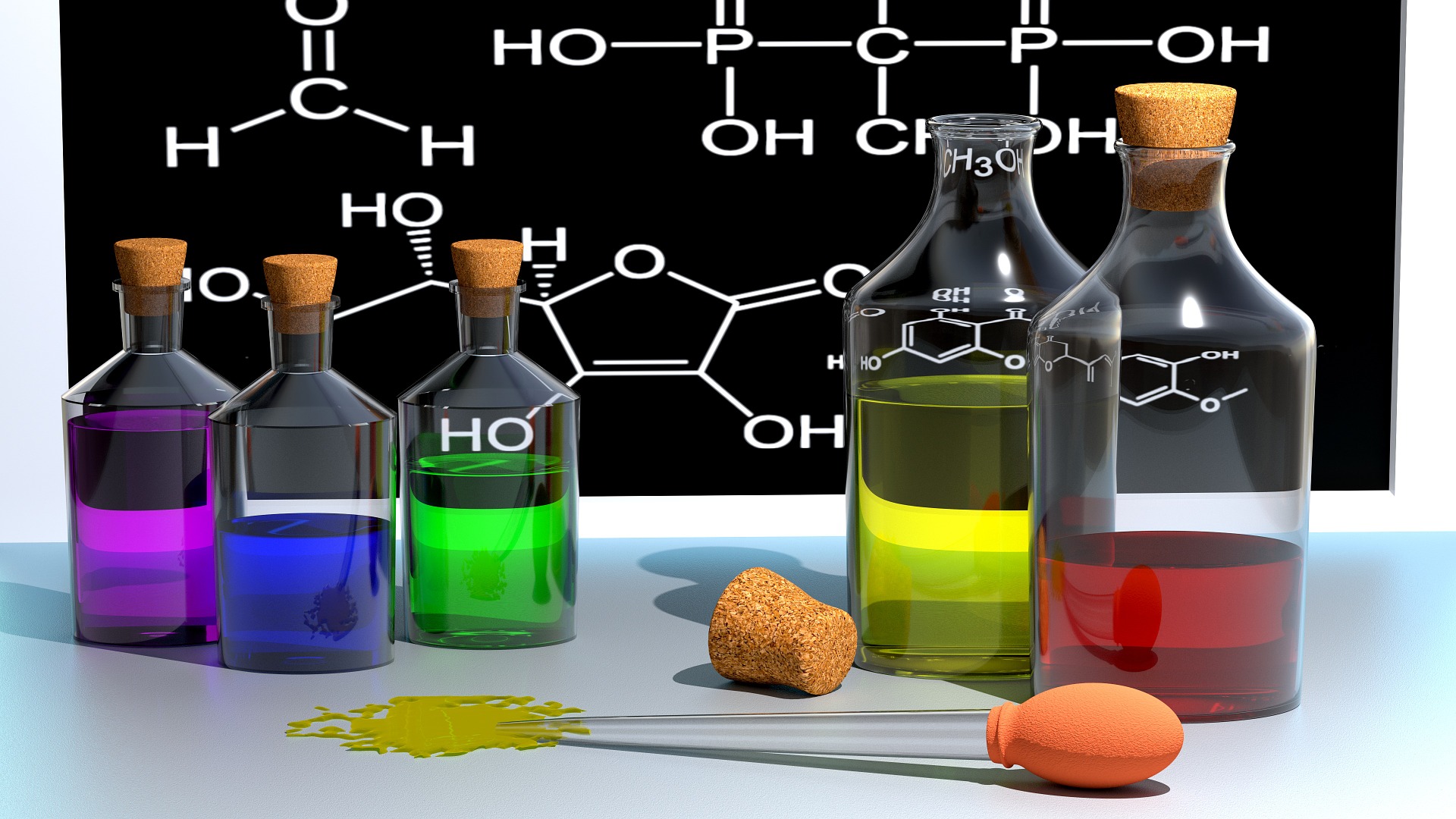 The theme of the 2018 United Nations’ International Day of Women and Girls in Science on February 11th is ‘Equality and Parity in Science’. On March 8th, International Women’s Day builds on this with ‘Press for Progress’ asking us to think, act and be gender inclusive.

In honor of the interlinked themes, the Ludmer Centre took a look at the progress toward equity in STEM research, and between February 11th and March 8th will profile the phenomenal women at the Centre who lead our research as well as those who make it possible.

Year after year, international reports indicate slow progress in addressing the ‘leaky pipeline’ of educational and career-path trajectories for women in STEM – see inset box right. According to the report Double Jeopardy: Gender Bias Against Women of Color in Science, the situation is compounded for visibility minorities.

Part 1 of our series on Women in Science @ the Ludmer Centre. From 11 February to 8 March 2018, meet the phenomenal women who lead our research.

Visit the Catalyst website for an up-to-date summary of reports on Women in STEM and Women in Academia from around the world.

Some 77 per cent of black women compared with 63 per cent of white women felt they had to work harder to be perceived as competent as their male counterparts. Aptly described as ‘death by a thousand cuts’, the subtle bias and the relentless onslaught of small but sexist encounters, barriers and hurdles, amplified by exclusionary research-funding practices, continue to push girls and women away from and out of the STEM fields.

Better, but still a problem in Canada

As noted in a number of 2016 and 2017 Statistics Canada reports and a recent 2017 TD report, Women and STEM: Bridging the Divide, Canada’s ‘leaky pipeline’ in education continues to perpetuate the underrepresentation of women in STEM jobs, in particular in the fields of mathematics, computer, information sciences and engineering. The TD report noted, “Girls and women appear to face many layers of systemic bias throughout their career progression within the STEM field.” Pipeline leakages, the movement of girls and women away from STEM careers, occur in the earliest years of schooling right through university into employment. Across Canada, women continue to remain underrepresented, accounting for some 22% of the STEM workforce.

In academia, a full-professorship position is the pinnacle of a career that begins with a commitment to pursue a PhD followed by multiple post-doctoral positions, then a tenure-track position and, finally, tenure. Globally, less than 25 per cent of full professors are women, according to a 2015-16 Times University Ranking Report. From 1991 to 2011, immigrant women and Canadian-born women contributed almost equally to the total increase in scientific workers at the university level (13% and 14%, respectively). In Canada, women comprised 40% of full-time academic teaching staff, but only 27.7 per cent of full professors, according to a 2016-2017 Statistics Canada Report. More encouragingly, they comprised 43.0 per cent of associate professors and 48.5 per cent of assistant professors. The good news, as baby boomers retire from full professor positions, there are more women positioned to move into tenured posts; the bad news, many older professors are postponing retirement. 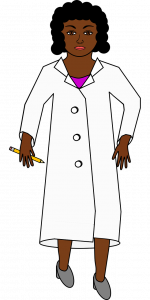 Unfortunately, these encouraging numbers are not reflected in STEM academia. Similar to STEM workforce occupations, where women account for only 24.4 per cent of workers, women are underrepresented in STEM academic positions. In the STEM and medical fields, women account for only 17 per cent of full professors, according to a Statistics Canada 2010 report, nor is the start of the pipeline encouraging. Comparatively, among high school students with comparable math scores, only 23 per cent of girls verses 46 per cent of boys pursue STEM studies, according to a Statistics Canada 2013 report. Moreover, for reasons discussed below, women in STEM research face additional hurdles to remaining in the game long enough to reach tenure track.

The funding cards are stacked against women researchers

No matter how good the researcher, funding is key to success. In many institutions, only tenured positions come with guaranteed salary support and academic freedom. Thus, a significant portion of a researcher’s time is dedicated to identifying and applying for funding for their research, students and, unless they have tenure, even their own salaries. Funding fuels research that leads to publications, which leads to more research, students and innovative collaborations, and more publications. This reinforcing cycle raises the researcher’s profile resulting in more funding and, ultimately, tenure and leadership opportunities.

Access to full tenured professorships are directly impacted by the researcher’s ability to secure research funding. Gender bias continues to impact female scientists’ ability to secure awards and financial support for research and training, even from the Canadian Institutes of Health Research (CIHR), the Canada Research Chairs (CRC) program, and the Natural Sciences and Engineering Research Council (NSERC).  Women account for only 30 per cent of the 1,612 CRC positions and only 18 per cent of NSERC Chairs. These programs not only confer prestige but, more importantly, provide annual funding for a 5- or 7-year renewable term, freeing the researcher to concentrate almost exclusively on their research and publications.

Government and foundations are increasingly adopting a matched funds approach, whereby researchers must find a matching sum to even apply for a grant. The goal is to challenge the researcher’s organization to expand its existing donor base. In practice, women researchers opt out of applying for such grants because they do not have the donor networks nor are high enough positioned to access support. With matched-funding grants on the rise, institutional support to raise the necessary matched funds is often channeled towards tenured and select tenure-track professors. 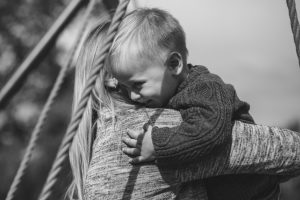 Starting a family often coincides with some of the most demanding and competitive years in a young researcher’s career. While men can count on their spouses to manage child-support needs, women researchers generally do not have the same level of support and experience greater social pressures to remain the primary caretaker. According to a UK report, the heightened period of job insecurity aligns to the critical period in which family needs and childcare demands are at their highest; the combined effect

contributes significantly to the leaky pipeline. Among those who remain in research, short-term contracts and poor job security push them into research support roles, that of research associates, lab managers and science communications.

Publishing is key to career progression. As a student or postdoctoral fellow, researchers often work on projects led by well-known researchers and publish jointly. Only when researchers attain tenure-track status do they achieve greater freedom to pursue their own lines of inquiry and publish under their name alone, increasing their ability to distinguish themselves academically.

According to a 2016 study, the proportion of women listed as lead authors in high impact journals has plateaued or declined. While the study calls for research into the phenomenon, two factors likely impact this trend. STEM research has become increasingly collaborative with some big-data publications citing dozens of co-authors. Individual contributions become lost in a sea of researchers, particularly in the STEM fields. Moreover, the one domain in which women’s presence has increased significantly is a field whose pivotal contributions to research remains under-acknowledged: mathematics and statistics.  More than 40 percent of degrees in statistics go to women and they make up 40 percent of the faculty poised to move into tenured positions in statistics departments.

Universities can make a difference

University environments represent important catalysts to fixing the leaky pipeline. Awareness of the imbalance and a commitment to address it are vital. Women mentors and leadership-role models are key components to gender parity; not only do they provide a positive example for younger women, their presence also establishes a culture in which women in leadership roles are seen by men and women alike as the norm. Further, their individual experiences in navigating the career ladder informs the dialogue on barriers and solutions to the leaky pipeline.

Women lead only 17 per cent of the world’s top 200 universities. Among these, McGill was the only Canadian institution with a female leader, moreover, Principal and Vice-Chancellor Suzanne Fortier follows in the footsteps of former Principal Heather Munroe-Blum. Commenting on the impact of women’s under-representation as full professors, Principal Fortier, noted that it is a prerequisite at most universities for the leader to have “obtained a rank of full professorship”. At McGill and the Ludmer Centre, we recognise that women in STEM confront numerous concurrent challenges that slow their progress in moving up the career ladder. At the Ludmer Centre, we specifically target our support towards younger researchers by helping them raise awareness of their research and funding needs.

So, what can you do?

Learn about and support the women leading research in your community, in your local universities.

Adopt a woman scientist leading cutting-edge research in an area of interest to you.

The Ludmer Centre can help

In honor of both the International Day for Women and Girls in Science and International Women’s Day, between February 11th and March 8th the Ludmer Centre will profile the phenomenal women who lead our research and those who make it possible – our neuroinformatics nerds.

If you want to learn more about them, set up a speaking engagement, and provide support, contact us.

The Ludmer Centre for Neuroinformatics & Mental Health applies a transdisciplinary, big-data approach to advance research in normal brain development and disorders – research encompassing neurological disorders, from Alzheimer’s to Parkinson’s, and mental illnesses, from anxiety disorders to schizophrenia.  The Ludmer Centre unites researchers from across the STEM fields including computer programmers who are instrumental in the research and development that underpins our neuroinformatics tools.

Our researchers are all McGill faculty members and researchers in one of the Ludmer Centre’s partner institutions: the Montreal Neurological Institute, the Douglas Mental Health University Institute research centre, and the Jewish General Hospital’s Lady Davis Institute.