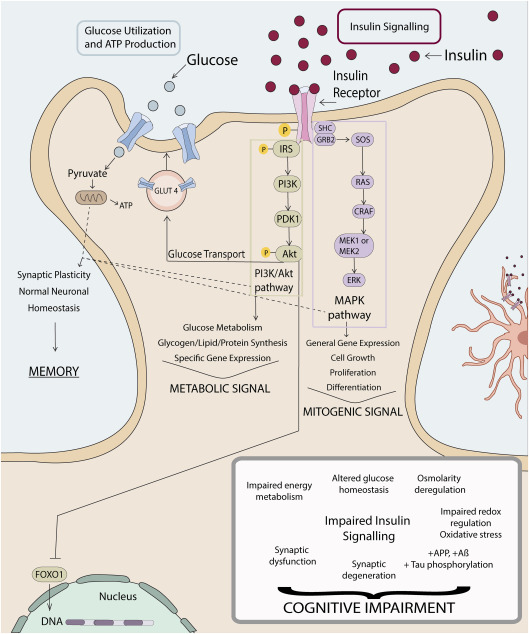 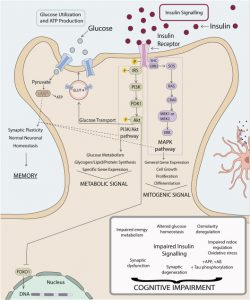 Do you remember what you had for dinner last night? The hippocampus, a brain structure linked to memory formation, participates in this mental process. Memory impairment, such as an inability to remember what you ate, is an early sign of hippocampal damage due to insulin resistance, which itself further disrupts a person’s feeding patterns.

According to a small but growing body of research, obesity is increasing being linked to psychological disorders such as depression, eating disorders, distorted body image, and low self-esteem1 and, possibly, to the development of neurodegenerative conditions such as Alzheimer’s Disease (due to brain shrinkage).2 Diabetes research has also founds links between low Insulin levels and depression.3 A recent publication by Ludmer Centre research Dr P Silveira adds to this research by suggesting that hippocampal insulin-resistance alters food inhibitory control, perpetuating a cycle of obesity—higher insulin resistance—continued cognitive damage. The study contributes to our understanding of the co-occurrence of type II diabetes and diseases like Alzheimer’s and major depression.