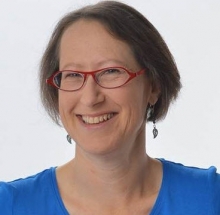 Women researchers remain significantly underrepresented in the STEM fields—science, technology, engineering and math. The lack of women across the STEM pipeline—from undergraduate and graduate students to postdocs and tenure-track professors—make it unlikely that gender parity among tenured STEM professors will be achievable in the next decade. In the USA and Canada, mathematics is the exception, specifically statistics, a field uniquely positioned to deliver positive gains in gender equity. In the USA, women account for over 40 per cent of degrees in statistics and 40 per cent of the faculty poised to move into tenured positions. Several prominent female statisticians lead the departments and programs of major universities and large-scale data analytics labs for industry and governments across North America. Dr Celia M.T. Greenwood is one of these leaders.

Part 2 of our series on Women in Science @ the Ludmer Centre. From 11 February to 8 March 2018, meet the phenomenal women who lead our research.

Dr Greenwood is a Scientific Director of the Ludmer Centre for Neuroinformatics & Mental Health at McGill University. She leads the Centre’s Genomics, Bioinformatics & Statistical Genetics axis at the Jewish General Hospital’s Lady Davis Institute where she is also a Senior Scientist in the Cancer Research Axis. In the Faculty of Medicine at McGill University, she holds the rank of Professor, jointly appointed in the Gerald Bronfman Department of Oncology and the Epidemiology, Biostatistics & Occupational Health Department, with an associate membership in Human Genetics. She is also the inaugural Graduate Program Director of McGill’s new interdisciplinary Quantitative Life Sciences ad hoc PhD program.  This new graduate program is one of three in McGill’s Interfaculty Studies and draws supervisors from multiple faculties (Medicine, Science, Engineering, Dentistry, and Agriculture & Environmental Sciences). 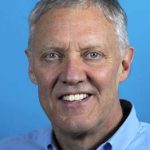 Capturing Dr Greenwood’s most compelling quality as a scientist, renowned researcher Dr Michael Meaney, Director of the Sackler Program for Epigenetics & Psychobiology, said, “Many in the field of Biostatistics excel in identifying problems and complications; Celia is one of those few, exceptional computational scientists whose primary focus is creating solutions.

Dr Greenwood is a quantitative-life-sciences statistician, part of a small group of multi-qualified researchers advancing the application of mathematical, computational and other quantitative methods to study biological systems on multiple levels — from single molecules to environmental influences on the genome (i.e., epigenetics).  Her research has made significant contributions to the fields of statistical genetics, genomics, epigenetic and genetic-epidemiology while advancing our understanding of cancers, mental illnesses, brain disorders, and several other complex diseases. As part of her research, Dr Greenwood develops a wide range statistical methods and algorithms that enable researchers to interpret and understand complex data, and to integrate and manipulate diverse datasets.  They help to improve our understanding of how genomic and environmental factors influence disease risks and progression. Crucially, these algorithms enable and facilitate complex, highly specific analyses that otherwise might be impossible for researchers trained in other domains to implement. The resulting algorithms are incorporated into ready-to-use software applications that are improving the statistical accuracy of research findings across multiple research domains.

The Director of the Lady Davis Institute, Dr Rod McInnes, was instrumental in convincing Dr Greenwood to return to her Montreal roots where her academic career commenced with a B.Sc. (1985) in Mathematics followed by a postdoctoral fellowship at McGill University. Her work is now an integral part of the Genetic Epidemiology group at the Lady Davis Institute and the Segal Cancer Centre. 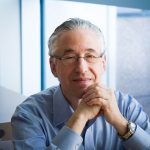 Commenting on her work in cancer research, the Director of the Segal Cancer Centre Dr Gerald Batist said,“Dr Celia Greenwood is a fantastic example of leadership, scientific skill and creativity, as her research work is innovative, multidisciplinary and gives meaning to the increasing mass of molecular data emerging from rapidly advancing technology platforms. She is a model mentor and teacher, collaborator and colleague.”

Within the Ludmer Centre for Neuroinformatics and Mental Health, Dr Greenwood’s team is the lynchpin to extracting meaningful results and new insights from the neuroinformatics platforms and the ever-expanding mass of multivariate datasets. Her Scientific co-Directors at the Centre, Dr Michael Meaney and Dr Alan Evans, stress her importance to the success of the Centre and the advancement of the transdisciplinary research propelling a big-data approach to mental illness and neurological disorders. 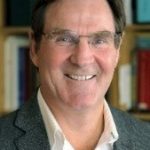 “We are fortunate to have somebody of Celia Greenwood’s calibre at the heart of the Ludmer Centre, providing a solid statistical foundation to our studies of the genetic origins of brain disorders. Celia combines scientific rigour with a collegial approach to the cross-disciplinary interaction among trainees that is the essence of the Ludmer Centre’s mission.”

Highly respected internationally, Dr Greenwood co-led the UK10K statistical team (2010-14) that studied the genetic code of 10,000 people to investigate how rare, low-frequency genetic variants contribute to human disease. Highly cited, the study established a crucial data resource for future research in human genetics. Building on this work, she was one of the authors of a recent Nature Reviews Genetics article on genetic architecture and diseases. She is now developing analytic methods for DNA methylation measures, one of several epigenetic marks that can be found in the genome.

In 2015, she was elected to the board of directors of the International Genetic Epidemiology Society, and is now its President-elect for 2019. Dr Greenwood is currently partnered with researchers across the European Union, Asia and North America, including five longitudinal cohort studies, to advance research in cancer, mental illnesses, brain diseases, and other complex diseases. Testament to the growing relevance of Dr Greenwood’s cross-disciplinary research, she has a Google Scholar H-index of 44; citations of her research rose 24% in 2016 alone and now number over ten thousand.

Dr Greenwood also converts her passion for statistical science into visionary and transformational leadership. Recognising that some of the most challenging problems in biology and medicine could not be solved without an interdisciplinary approach, Dr Greenwood provides McGill-wide leadership in the training of new transdisciplinary researchers. She developed and teaches a statistical methods course in Human Genetics and was part of the committee that developed the new Quantitative Life Sciences PhD program, for which she is now the Graduate Program Director.  Through her research mentorships and as the lead for the Ludmer Centre’s peer exchange and training workshops, as well as through her guidance and support to trainees across the Centre’s four pillars—neuroinformatics, neuroimaging, statistical genetics and epigenetics— she is the key driver behind the Ludmer Centre’s growing cadre of transdisciplinary researchers.

Due to the application of big-data approaches to everything from neuroscience to business, the demand for statisticians is at an unprecedented high, with fewer and fewer graduates opting to remain in academia. Being able to offer young researchers challenging mentorships under leaders such as Dr Greenwood is vital to our ability to draw high-caliber researchers, as well as to statistical research in general.

In addition to funding challenges confronting women scientists in general, research statisticians often work across disciplines as part of multidisciplinary teams; they are seldom the lead researcher. As lead authors, their publications focus on the methodologies and algorithms that made the larger research possible. Consequently, their input is often under-recognized, despite the fact that it underpins many of today’s greatest discoveries in basic to applied research and in fields as diverse as cancer to brain health. Moreover, because of the complexity inherent in algorithm development, most academic institutions have difficulty articulating, hence, promoting the work of leading statisticians. Without stable and recurrent funding, it is difficult to compete with corporate headhunters for the top graduating students in statistic.

The Ludmer Centre is looking for help to address these hurdles and to promote Dr Greenwood’s vital contributions to mental health and cancer research. Want to help, contact us to find out how: