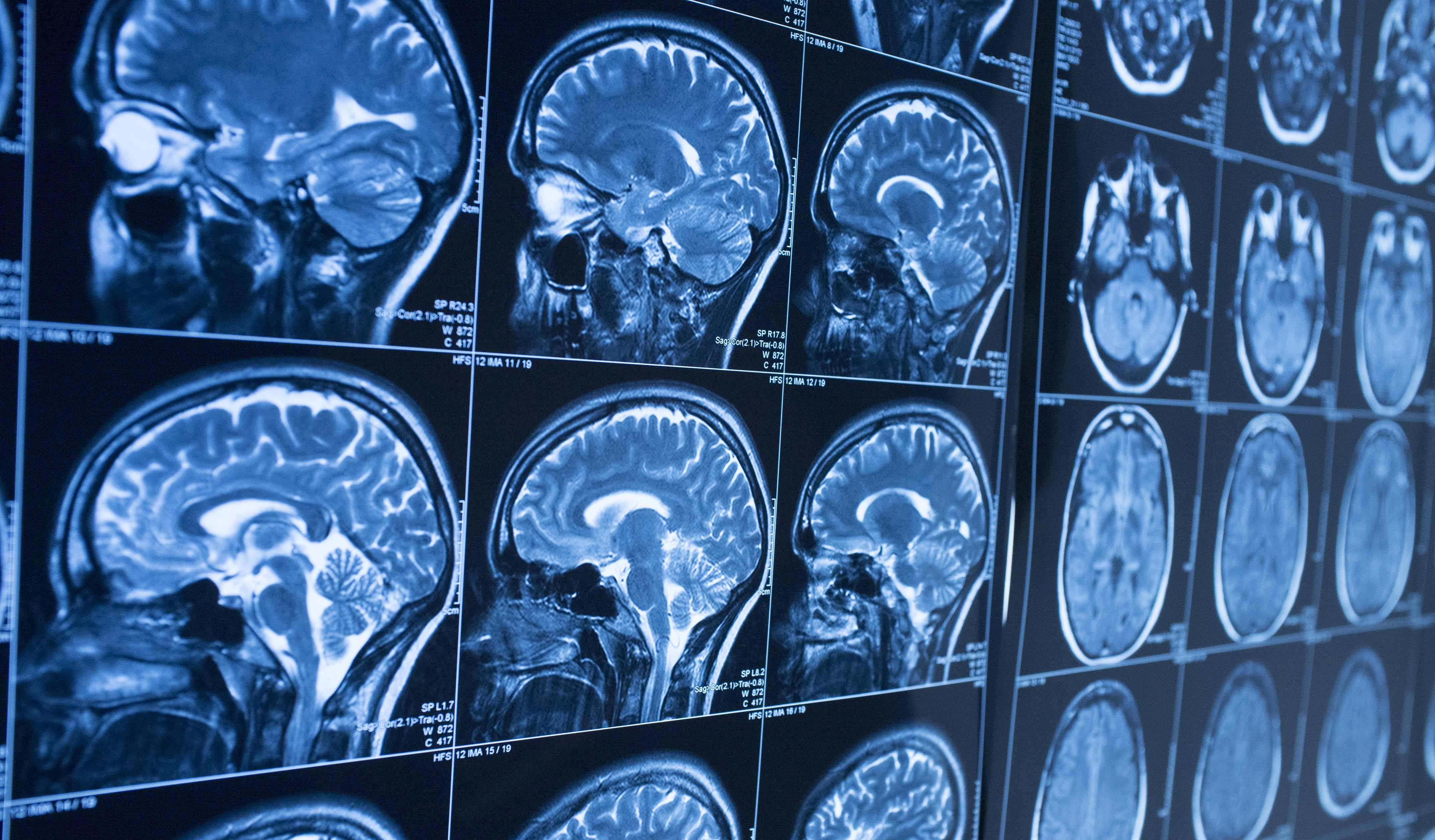 Since arriving at McGill and the Montreal Neurological Institute and Hospital more than 30 years ago, Alan Evans has helped the University and its network of affiliated hospitals build one of the world’s largest infrastructures of neuroscience research – from the high-resolution Big Brain atlas to supercomputing data-storage technology.

These developments and others by his fellow researchers have propelled McGill and Montreal to the forefront of brain research and paved the way for significant advances in our understanding of mental illness and other brain disorders.

Now, thanks to the latest transformative gift from the Ludmer Family Foundation – longtime supporters of McGill’s brain research and founding patrons of the Ludmer Centre for Neuroinformatics & Mental Health – a new international brain consortium at the centre will enable researchers to share their resources and findings more widely in order to speed up advances in research.

This $10-million investment, which brings the foundation’s total support for the centre to $18 million, will establish the Ludmer Centre Heritage Fund and help launch and support a Global Brain Consortium of leading brain research institutions focused on sharing infrastructure, methodologies and results, ultimately accelerating treatment for patients.

“All the initiatives I’m involved with have a common thread, which is open science, data sharing, issues of assembling complementary expertise from around the world,” says Evans, who is a James McGill Professor in Neurology and Neurosurgery, the holder of the Victor Dahdeleh Chair in Neurosciences, and scientific director of both the Canadian Open Neuroscience Platform and McGill’s Healthy Brains for Health Lives initiative.

Evans’ research has developed important biomarkers for the early diagnosis of neurological and psychiatric diseases, notably Alzheimer’s and autism, and he has pioneered new neuroimaging techniques. At the heart of his work lie the principles of open science, which is geared toward expanding the impact of research by sharing it with the global community to accelerate the pace of discovery.

Evans explains that instant access to data and algorithms has changed science, much in the way the Internet transformed the reality of daily life.

“Researchers have to come up with new ways to conduct science – through data sharing, ‘collaboratories’ and complementary scientific disciplines working together,” he says.

The Ludmer Centre was established in 2013 as a partnership between The Montreal Neurological Institute, the Douglas Mental Health University Institute, and the Jewish General Hospital’s Lady Davis Institute for Medical Research to improve the prevention, diagnosis and treatment of mental disorders through innovative research.

Evans leads the Ludmer Centre with two other co-directors. One is Michael Meaney, a world authority on epigenetics and mental health, a James McGill Professor in Psychiatry, director of the Sackler Program for Epigenetics & Psychobiology, a senior researcher at the Douglas Mental Health University Institute and a thematic lead for Healthy Brains for Healthy Lives.

For Meaney, the global emphasis of the latest Ludmer gift is exciting. “It is a unique enterprise with considerable potential for innovation at the international level,” he says about the consortium.

Meaney and his team seek to develop a detailed, multidimensional picture of what vulnerability to mental illnesses looks like, and what interventions can help conditions before they take root in adolescence and early adulthood.

The other co-director is Celia Greenwood, BSc’85, an expert in quantitative-life-sciences statistics and a senior investigator at the Jewish General Hospital’s Lady Davis Institute. At McGill, she’s a professor in the Gerald Bronfman Department of Oncology, jointly appointed to Epidemiology, Biostatistics & Occupational Health, and graduate program director of the new Quantitative Life Sciences PhD program.

As part of her research, Greenwood develops statistical methods and complex algorithms that enable researchers to integrate and manipulate diverse datasets.

“The creative, risk-taking ideas of young researchers will be supported through the Ludmer Family Foundation to allow these ideas to be tested and to develop,” she says.

She and Bagot, who joined the Ludmer Centre in 2016, are collaborating on a Canadian Institutes of Health Research-funded project to understand the mechanisms of susceptibility to depression, to which Greenwood will contribute her expertise in data analysis.

An open way of conducting science

A William Dawson Scholar and assistant professor of psychology, Bagot leads a team of researchers in the multidisciplinary Behavioural Neurogenomics Laboratory who are looking at the mechanisms and nature of susceptibility to depression, including the role of stress.

The lab uses calcium imaging to record the brain-cell activity of mice as they perform behavioural tasks. The tool researchers are using to record the neural activity is the UCLA Miniscope, a miniaturized microscope that they are building from open-source methodology.

“There’s a community of people using this technique that have this mentality of helping each other out,” explains Bagot. It wasn’t an option to purchase the commercialized version of the scope, which costs hundreds of thousands of dollars.

Naturally, Bagot’s lab also gives back to the greater neuroscience community. For example, the lab uses an imaging technique called fiber photometry to record the activity of brain cells. One of her students wrote code for its analysis, which they share with researchers around the world.

“We’ve already done the work, so we may as well share it with people so that they can use that analysis to further their own research.”

It’s exactly the kind of specific cooperation the new consortium aims to facilitate in order to accelerate findings and treatments.

For Bagot, the motivation is clear.

“As scientists, we’re enormously privileged to be doing a job that we love. But we have a responsibility to do that well and to share the insights that we gain so that we can make a bigger impact.”

Getting on the map of global collaboration

Jean-Baptiste Poline, an expert in statistics, imaging and genetics, and neuroinformatics, joined the Ludmer Centre last summer as an associate professor of neurosurgery.

He’s also a world authority on the practices and policies of open science. “I’m interested in making science more efficient, communicable and machine actionable,” he says.

“At the Ludmer, we really want to foster un-siloed scientific research to make sure we’re part of a larger community. For that, the Global Brain Consortium is the way to go. It’s also going to ensure we’re on the map of global collaboration,” says Poline.

To bring the Global Brain Consortium to life, next fall the Ludmer Centre will create a steering committee of five to eight top people from a complementary set of scientific domains who’ll help design and organize an international workshop in spring 2019.

“If I share my 50 subjects’ data maybe it’s not a big deal,” says Poline. “But if everyone shares their data, it makes a huge difference in terms of the pace of science. Eventually we hope to impact clinical applications.”

“Giving everyone access to the data will only make the data sing,” adds Evans. “More people will analyze it, more people will get either complementary ideas or diametrically opposed conclusions – which means we’ve learned something.”

Evans also describes a relatively new ability to bring together different kinds of data. “We pool all of our data: imaging, behaviour, clinical testing, genetics, even tissue samples. In the past, these types of scientific data operated in silos, you very rarely got all this for one subject assembled in one place. We now can do that. If you can start to collect all of this data on one person then you can ask questions about personalized interventions.”

“For me, building the platforms and the tools is the important thing,” says Evans. “Once you have that, you can apply the infrastructure to many different biological questions.”

He gives the example of the Canada-Cuba-China Axis, a research collaboration he is co-directing.

“Why? We have ideas, but we’ve never been able to pool data from the two and start to compare and contrast in a systematic way and get to the root of mechanistic underpinnings of the disease. What causes it? Is there such a thing as vascular dementia and Alzheimer’s or are they just a continuum?”

The researchers will be looking at how much of it is genetic preponderance, and how much is environment, lifestyle and nutrition.

“Similar stories can be told – and questions asked – about Parkinson’s, other neurodegenerative diseases, and developmental disorders like autism,” says Evans.

For Poline, global cooperation touches on the larger question of the coordination of science itself. “How do people in different labs communicate their science with each other?”

He and others at the Ludmer work with an organization called the International Neuroinformatics Coordinating Facility to help to establish best practices and time-saving standardizations in the field of neuroscience.

When everyone starts to use the same format and descriptions, even the softwares become interoperable, explains Poline. “That’s when you really see the acceleration of science. It’s mind-blowing.