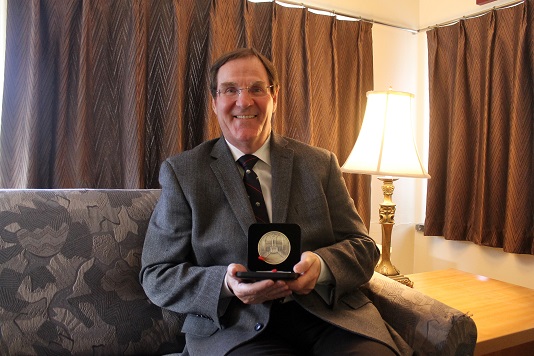 Congratulations to Dr Alan Evans.  Clarivate Analytics once again ranked him among the most Highly Cited Researchers in Neuroscience and Behavior, a ranking he has maintained annually since in 2014.

Three other McGill Univeristy researchers also made the top 1% ranking: Dr Mark Lathrop in Molecular Biology and Genetics, Dr Chao-Jun Li in Chemistry, and Dr Navin Ramankutty in Environment/Ecology. Their research leadership is what makes McGill a leader in Canadian research.

According to the 2017 Clarivate Analytics report, since 2014, their annual listing highlights scientists whose publications over the previous 10 years  include a notable number of Highly Cited Papers,  amassing sufficient citations to place them among the top 1% of most cited publications, for their year of publication, in one of 21 main subject fields.

Check out the searchable database for other researchers you know: 2017 Highly Cited Researchers.